After +4.8 percent in the previous year, WIFO expects real GDP growth of 4.3 percent and 1.6 percent for 2022 and 2023, respectively. The economic outlook has clouded worldwide since the last WIFO forecast.

This also has consequences for the expected recovery in Austria. Leading indicators point to an economic slowdown that will predominantly affect industry in 2022. In contrast, tourism will contribute disproportionately to economic growth in 2022.

"While the buoyant industrial activity shaped the overall economic expansion in the previous year, market services will contribute disproportionately to growth in 2022, mainly due to the revival of tourism", says Christian Glocker, one of the authors of the current WIFO forecast.

The recovery of the global economy will be dampened by several factors in both forecast years. These include the aftermath of the COVID-19 crisis, the Ukraine war, continued upward pressure on prices, ongoing supply chain disruptions and monetary tightening by central banks. Any one of these factors could, in and of itself, be detrimental to global expansion. In the current environment, however, they appear jointly. As a result, growth in the global economy will slow down.

This development affects the Austrian economy in two ways via foreign trade. On the one hand, the weakening of the global economy is dampening the outlook for domestic goods exports and thus for industry. On the other hand, the marked increase in world market prices for raw materials and intermediate goods represents a negative terms-of-trade shock, which shapes domestic price buoyancy and weighs on real household incomes. However, this is contrasted by an extremely strong recovery in tourism, which is accompanied by high growth in service exports and thus in the value added of market services.

Against this backdrop, the Austrian economy is expected to expand by 4.3 percent in 2022, weaker than in the previous year. Due to the sectoral shift in growth – slowdown in industry, strong expansion in market services – Austria's economy can still largely escape the cooling of the global industrial economy in 2022. In 2023, however, the overall economic momentum is likely to slow down more strongly (+1.6 percent).

The favourable development on the labour market will continue in both forecast years. For 2022, active dependent employment is expected to increase by 3.0 percent, for 2023 by 0.9 percent. Due to the buoyant demand for labour, unemployment has been declining year-on-year since March 2021. This trend will continue in the forecast period. The unemployment rate will fall to 6.3 percent in 2022 and stagnate in 2023 (2021: 8.0 percent).

The expected flattening of economic growth should not have a dampening effect on inflation until 2023. According to the Harmonised Index of Consumer Prices (HICP), headline inflation will initially rise to 7.9 percent in 2022 (2021: 2.8 percent). The main reason for this is the passing on of high prices for raw materials, agricultural and intermediate goods to consumers. In 2023, inflation will slow to 5.3 percent. However, it will still be significantly above the long-term average. 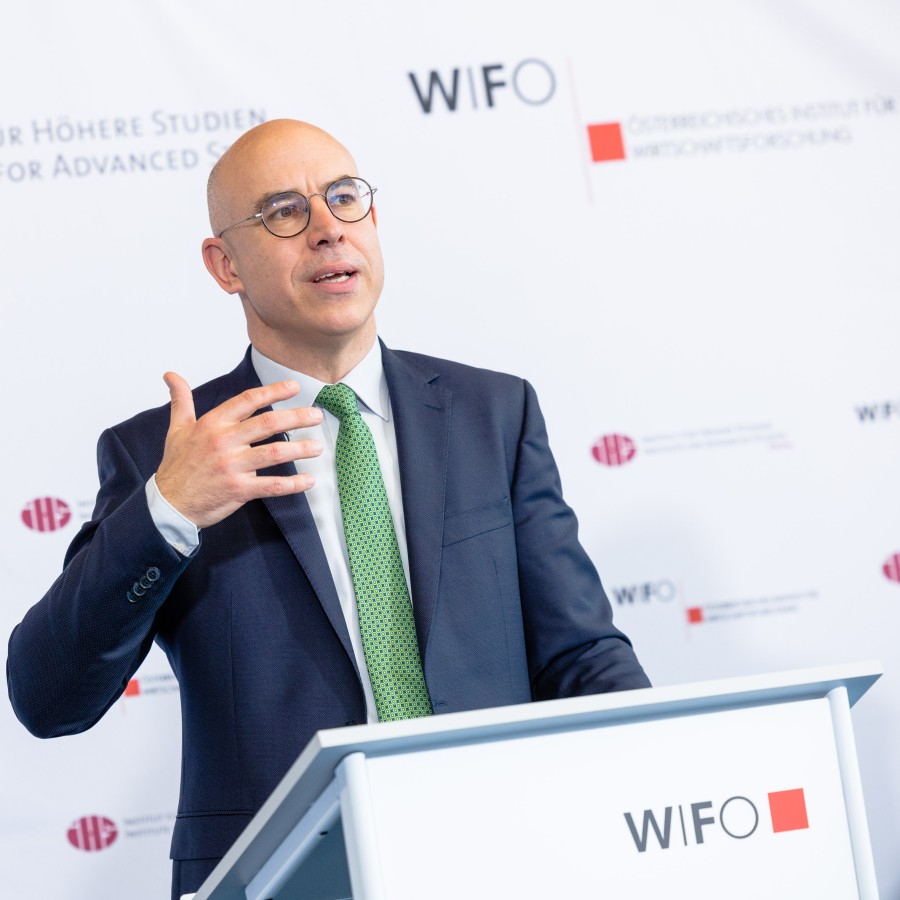